To ease her daughter’s growing boredom, a mother begins a magical, mythical story about the origins of their hair while she carefully braids and oils her daughters tresses. A Creation Story is about family and history. It is a celebration of mothers and daughters, community and tradition. 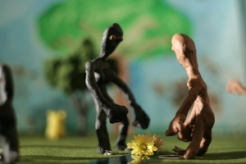 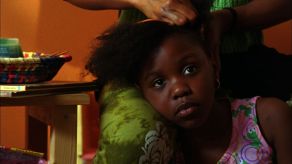 The premiere screening of “A Creation Story” took place on April 28, 2011 at Temple University. The screening was followed by an awesome panel-led discussion about HAIR with Noliwe Rooks, Yaba Blay and Kamau Kenyatta. Moderated by Karima Bouchenafa.

A Creation Discussion, Part 1 from Natasha Ngaiza on Vimeo.